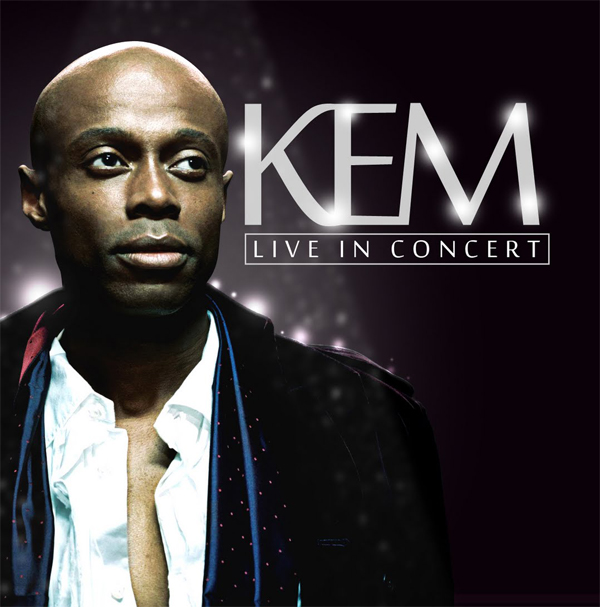 It has been said that his music feeds the soul, but KEM’s journey is equally, if not more, inspirational. R&B Singer/Songwriter/Producer KEM’s love of music began as a child. Music saw him through the darkest moments in his life, took him to the top of the industry’s record charts, and earned him a record deal with Universal Motown Records.

A self-taught musician, KEM was born in Nashville and raised in Detroit, the birthplace of Motown Records. “I wanted to make music all of my life. I started playing piano when I was five,” he recalls.

Several years after high school, his life took a downward turn, and he eventually found himself in and out of drug rehab and shelters. He dove into his music during those times, and he remembers, “They would have to kick me off the piano every night in one shelter.” He hit rock bottom when he awoke one night sleeping outside after breaking shelter rules, and he became determined to clean up his act.

While waiting tables, singing at weddings and at any gig in town, he continued to write and record his music. In March of 2002, KEM independently released his first CD, KEMISTRY (Album I) and sold more than 10,000 CD’s before piquing the interest of Universal Motown.

“I want to be a vehicle to let people know that they can have anything they want,” he says. KEM’s faith is a testament that you can achieve your dreams. The label signed KEM to a five-record deal and debuted KEMISTRY, which grabbed the attention of a multi-generational/multi-ethnic/cross gender audience – to the tune of over 500,000 CD’s sold.

The first single on KEMISTRY, “Love Calls,” garnered over 50,000 spins on Urban Adult Radio stations (UAC) which positioned it as the 2nd most played record in 2003 and the most played record of 2004. KEM previewed KEM ALBUM II before audiences during his 20-city Underground Tour for fan feedback. Fans anxiously awaited the first hit single “I Can’t Stop Loving You.” The CD was certified gold after only two weeks of release in May 2005.

KEM’s popularity continued as he debuted at #5 on the Pop Albums charts. His consecutive four week #1 at Urban AC streak- made him one of the highest charted artists of the year. The hit single, “I Can’t Stop Loving You” was designated Radio & Records’ and Billboard’s #1 Adult R&B Record of the Year for 2005. He was also named Radio & Records’ #2 R&B Artist for 2005. Motown re-released the CD as a dual disc with a DVD featuring KEM’s video and second hit single, “Find Your Way (Back in My Life).” He also received two NAACP Image Award nominations for Outstanding Male Artist and Outstanding Song, “I Can’t Stop Loving You.”

In addition to headlining national and international tours, KEM has shared the stage with: Fantasia; Rahsaan Patterson; Ruben Studdard; Vivian Green; Goapele; Rachelle Farrell; Chaka Khan; and Kindred Family Soul. He participated heavily and performed during Super Bowl XL sponsor events in Detroit. He has also performed on the Tom Joyner Fantastic Voyage Cruise; Steve Wonder’s Room Full of Toys; Essence Music Festival in New Orleans; Black Music Month at the White House; and at Carnegie Hall for an event curated by Jessye Norman. Most recently, he had the honor of performing at one of the inaugural events for President Barack Obama’s cabinet members.

KEM’s musical talent has been solicited by many artists and filmmakers. He wrote and performed, “Tonight,” which is included on the soundtrack of the Tyler Perry movie, “Madea’s Family Reunion.” And KEM’s remake of Nat King Cole’s song, “Fascination” is featured in the Antonio Banderas movie, “Take the Lead.”

Today KEM takes the opportunity to minister through his music, sharing his life’s journey at every concert. He testifies openly about overcoming alcohol addiction and drug use and touts his sobriety since 1990.

As fans await his third release, INTIMACY, hit singles from both albums continue to receive regular airplay, proving KEM is truly an artist for the ages.
Start Time: 08:00 PM
Date: 2011-09-08

The Pink Tie Event at The Avenue Collierville 10.1.11 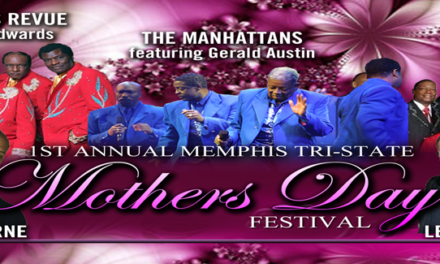