The Memphis Zoo, located in Midtown, Memphis, Tennessee, United States, is home to more than 3,500 animals representing over 500 different species. Created in April 1906, the zoo has been a major tenant of Overton Park for more than 100 years. The land currently designated to the Memphis Zoo was defined by the Overton Park master plan in 1988, it is owned by the City of Memphis. The zoo is set on 76 acres (31 ha), of which approximately 55 acres (22 ha) are developed.

In 2008, the Memphis Zoo was ranked “#1 Zoo in the U.S.” by TripAdvisor. The ranking was based on visitor opinions.

Since the early 1990s, the Memphis Zoo has invested over $77 million for renovation and expansion. The zoo’s animal inhabitants reside in three zones with 19 exhibits, such as Teton Trek, Northwest Passage and China, home to giant pandas Ya Ya and Le Le.

The Memphis Zoo is an accredited member of the Association of Zoos and Aquariums (AZA). 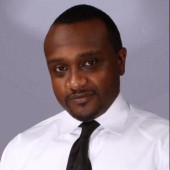